While you were sailing so slowly, Willy the Whale was easily able to swim with you and keep an eye on things. However, ever since last night you have accelerated to speeds of up to about 14 kts, so he has fallen way behind. Luckily there are plenty of faster creatures out here in the Northern Atlantic, and I have taken over as your daily guide. I have enjoyed playing on both your bow and stern waves as you careen through the water.

You seem to be gybing an awful lot, but I guess that makes sense since you are trying to get to point Alpha as quickly as possible. I’ve noticed that your SOG goes way down when you sail too deep.

I must admit that I’m happy to see there was nobody up your rigs today – I’m sure it’s a great view from up there, but you’re going to give all your mothers a heart attack! I heard a few of you were at the top of the rigs the other day; what part of dangling from a rope almost 200’ in the air over a rolling yacht seems like a good idea?

I also heard about that orange cat; apparently it is named Phaedo. Maybe it’s just me, but whenever I try to pronounce the name it comes out sounding like “Fido.” Does this cat have an identity crisis and think it’s a dog? I would watch out for the Falcon if I were them – they might be as clever as Sylvester, but their opponent is not exactly tweety bird. 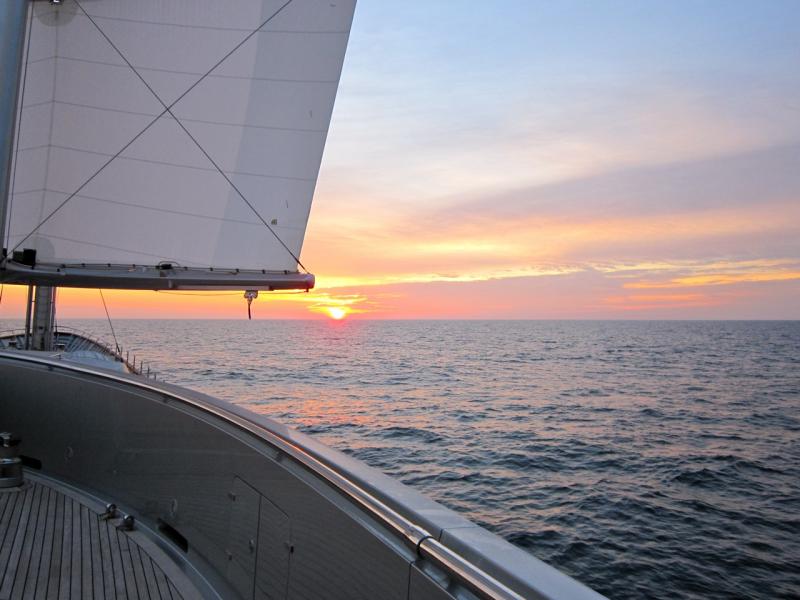