We may not be doing the 27 knots that Rambler is as they chase us, but that doesn’t mean the Class 40s aren’t also loving the high wind reaching that the Atlantic has brought in the past 18 hours or so. Concise was designed for these conditions and we’ve been hoping to get at least some during this race, to show what she can do. The wind built gradually last night, and has been constantly around 25 knots since. That’s not quite enough to give you trouble standing when you step outside your front door, but enough to cause you grief with an umbrella and trust us, more than enough for some serious speed and excitement on a 40’ yacht in the middle of the Atlantic. Our navigator Luke has been promising this for the last few days as we sat in the pea soup fog and light winds, now finally Concise puts some proper smiles on our faces...

Before we go any further, for those who don’t sail there are a few terms you’ll need to know:

- Sending it – sailing very fast, usually with a spinnaker up sailing as close to the wind as you can go (also known as a sleigh ride)

- Laying it flat – losing control of the boat, normally due to less than average driving, resulting in the boat spinning uncontrollably into the wind, sails flapping and generally all hell breaking loose

On deck in general, it’s a little bit like being on a rollercoaster, with people throwing large buckets of salty water over you every 5-10 seconds. Everyone wears lifejackets at all times and are clipped onto the boat with strops, so that you remain attached to the boat should you slip and fall over the side. The crew come back from their time on deck dripping wet, but with huge grins on their faces, saying that this is some of the best sailing they’ve ever done. Luckily, our Musto HPX gear means that (generally) only the top layer gets wet. When you come off watch, the wet gear is stripped off and hung in the front of the boat, and you collapse into a sleeping bag. When you come to be on watch again, your still-wet outer will be there waiting for you again!

We now have three people on deck at all times rather than two and instead of it being a fairly relaxed few hours, they are all working continuously to keep the boat sending it as fast as possible. The helm steers the boat, which involves wrestling the tiller with one hand, whilst holding on tight with the other to avoid being thrown across the boat as the she bucks around in the waves or being washed down the deck by the force of the water running along the deck. The other two trim a sail each – one working the main and the other the huge spinnaker. Trimming a sail in these conditions is like the throttle on a car – pull it in and you go faster. However, this also causes the boat to heel (tip over) more, and too much power risks laying it flat, which is neither fast, good for the boat/sails or the chance of the crew down below getting any sleep!

Down below, it’s a little bit like trying to live on an out of control Tube train as the boat rocks around violently and unpredictably. Sleeping and cooking suddenly become much more challenging, as the motion makes it hard to stay in your bunk, let alone boil the water required for our meals. Other than the rushing of the water, all you can hear is the crew on deck calmly talking to each other about whether they want more or less power, plus the occasional ‘whoop whoop’ as a top speed is reached!

As a result of sending it pretty hard for the past 18 hours, we’ve made some significant gains on the opposition nearby. We’ve turned a 30 mile deficit on Shakti into a 50 mile lead, whilst sailing an almost parallel course, and have added around 50 miles onto our lead over Dragon, the only other Class 40 in the race. 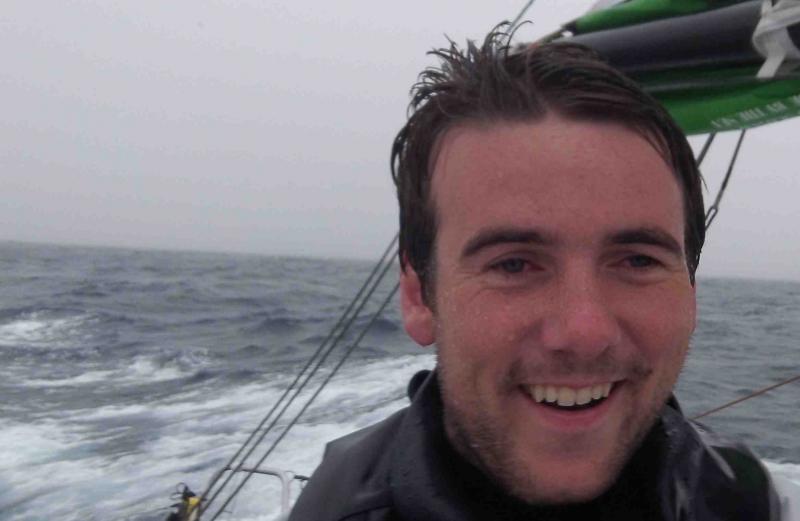 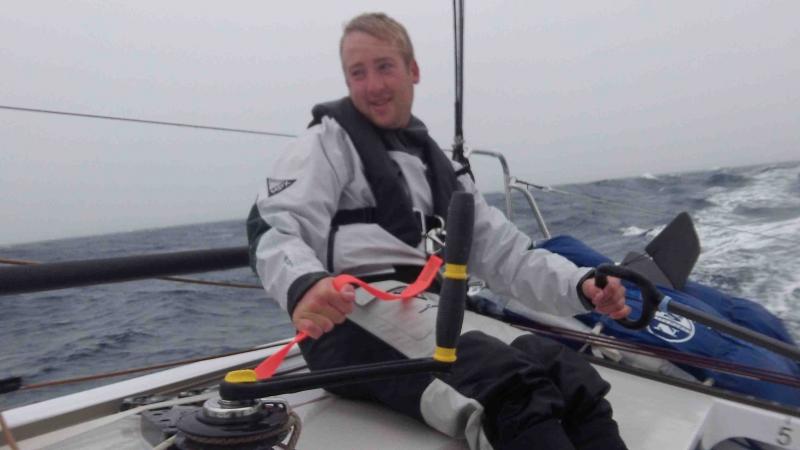