Along with much of the rest of the fleet, we continue to be plagued by light headwinds. We are now just over 500 miles from the finish, but according to the forecasts we are seeing this could take 3-4 days. Compare this to our near 300 miles in 24 hours just a few days ago, and you can only imagine the frustration on board.

At least we are sharing our predicament with a number of other boats, none of whom seem to be getting away at all – this at least provides some motivation to keep the boat moving. We had a very close encounter with Scho-ka-cola last night, drifting past them within just a few metres – certainly close enough to see who was on deck and even to have a conversation, given how still the conditions were.

This morning we were treated to a glorious sunrise which at least means the air temperature starts to warm up a bit. It is incredibly chilly at night still, meaning that at least a warm base layer and windproof top layer are required, sometimes more including gloves/hats for those on watch in the coldest part of the night.

As part of looking after the boat on an extended trip such as this, regular checks are carried out on all equipment including the rig, deck gear and engine. Yesterday, Tom Dawson and Sam needed to change the alternator belt on the engine (which we use for charging the batteries) – a fiddly job, requiring taking the several parts off the engine in order to gain access. We also added some padding to a fan which has been making a loud vibrating noise the past few days – access to this was incredibly tight and Sam was deemed to have the narrowest shoulders and therefore given the task of squeezing into the required gap.

We are pleased to report that his efforts have significantly reduced the noise, making it much more comfortable to try to either sail the boat or sleep for the couple of hours a day we run the engine! 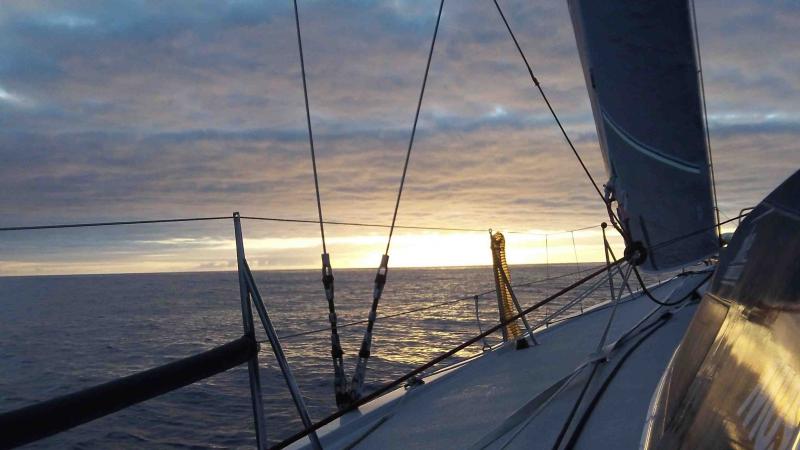 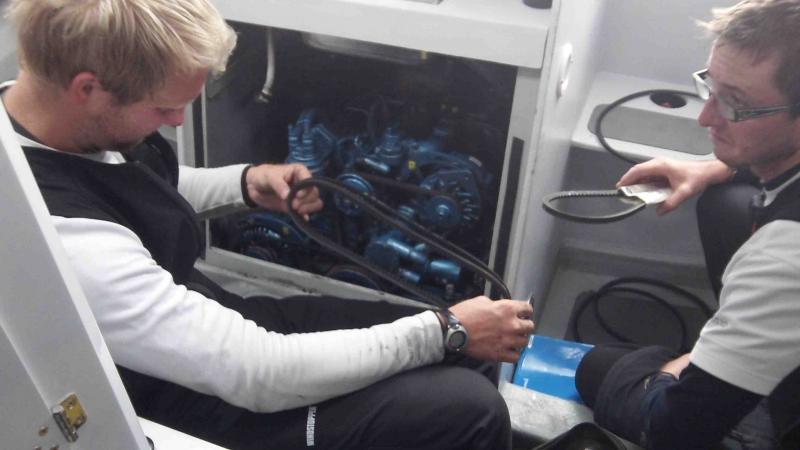