For Joe Mele, a 55-year-old retired doctor of internal medicine in New York City and fantastical stunt diver, ocean racing is about more than the competition.

“I love the fact that it’s not just a race, but sort of an adventure,” said Mele, a gregarious skipper with a strong affinity for offshore racing. “It takes a tremendous amount of coordination to build the crew and manage the logistics. You’re out there for an extended period of time, and there’s tremendous camaraderie when you’re lucky enough to put together a good crew where you feed off each other and improve.”

Mele’s program focuses almost exclusively on point-to-point racing aboard his Cookson 50 Triple Lindy (above). He’s logged more than 8,700 nautical miles offshore since 2003, and next summer he plans to add another 3,000 to his resume by participating in the granddaddy of them all, the Transatlantic Race 2019.

The Transatlantic Race 2019, which is organized jointly by the Royal Yacht Squadron, New York Yacht, Royal Ocean Racing Club and Storm Trysail Club, is a direct descendant of the first great transatlantic ocean race, which started from New York Harbor on December 11, 1866. The 2019 edition will be the 31st transatlantic race organized by the New York Yacht Club, and it remains one of the sport's most enticing challenges. The race will start from Newport, R.I., on Tuesday, June 25, 2019.

“I’m really looking forward to the race, incredibly excited,” Mele said. “It hopes to be an incredible adventure. It’s the preeminent Transatlantic race with tremendous competition. It doesn’t come around often so it’s worth giving a try. Plus, there are so many aspects that you don’t get with inshore racing. The natural beauty—sunrises, sunsets and stars—are all an added attraction to offshore racing.”

Mele grew up in Elizabeth, N.J., and spent his summers on the beaches of Sandy Hook looking out at the wild blue yonder of the Atlantic Ocean and the boats sailing up and down the coast. The son of a contractor and high school chef, Mele never got the chance to sail as a child, but he found the image captivating and developed a love of the water playing on the beach.

Mele would later attend Yale University where his first sailing experience came with the university’s sailing team during a springtime fundraiser. “It was cold,” Mele recalled. “I went out as a crew for one of the sailing team’s skippers. Later in the day we went out on our own and I promptly jibe-broached. It was very cold but I went back the next day for more.” He’d been hooked.

Mele’s education led him to medical school where he became a doctor of internal medicine. Mele spins a great yarn about performing stunt dives as a means to earn extra dosh while in med school. One of the dives was a rendition of the Triple Lindy, the comedic stunt dive that includes a platform, three springboards and six flips (front and back) performed by Rodney Dangerfield’s character in the movie Back to School. 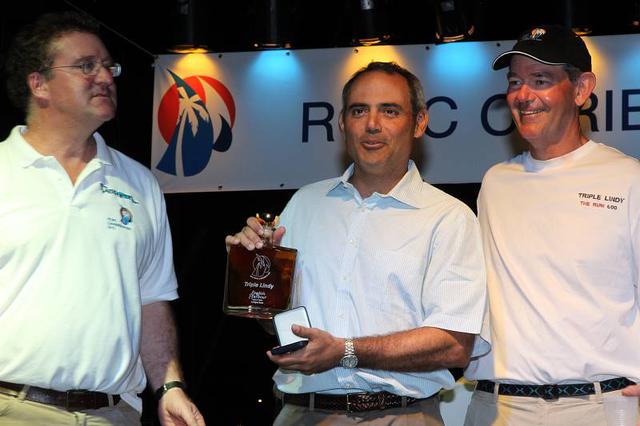 While Dangerfield’s stunt double portrayed the dive in the movie, Mele’s dive was inconceivable. “There was usually a very long build up and then I did the flips so fast no one could see them,” he said. “What’s the saying? It was all hat, no cattle.”

Mele’s enthusiasm for Dangerfield and the movie led to him adopting the name Triple Lindy for his boats. “I loved Rodney,” said Mele. “He got no respect, but the name gets me in with dock hands everywhere.”

In 1998 Mele attended the Maryland School of Sailing and Seamanship, where he took a lesson in ocean training. The course culminated with a cruise to Bermuda where the hook became firmly planted in Mele’s cheek. “I enjoyed it very much, but I couldn’t help thinking that it would be more fun if there was a racing aspect to it,” Mele said.

With that Mele’s global offshore racing career was launched. He completed his first Marion Bermuda Race in 2003 aboard a chartered 46-footer and purchased his first yacht, a Swan 44 Mk II aptly named Triple Lindy, in 2004 (at right, competing in the . RORC Caribbean 600). He proceeded to log 6,800 nautical miles over the following 13 years aboard his trusty mount, primarily in races such as the Newport Bermuda, Rolex Sydney Hobart and Marion Bermuda, which finished a combined nine times. Throw in the Rolex Fastnet Race, RORC Caribbean 600 and Rolex Middle Sea Race for good measure, and Mele has earned his offshore stripes.

In the back of Mele’s mind, however, the Swan 44 was always a springboard to greater platforms. Last summer he purchased a Bruce Farr-designed, Cookson Yachts-built 50-footer. The yacht formerly known as Akatea is now called Triple Lindy, and Mele has already finished the 2017 Rolex Sydney Hobart Race and 2018 Newport Bermuda Race aboard her.

“The Transatlantic Race motivated me to buy a new boat,” said Mele. “The Swan was safe, and we’d grown proficient at racing her, but we wanted the challenge of moving up to a faster boat that would slide us down the learning curve and force us to climb it all over again.” 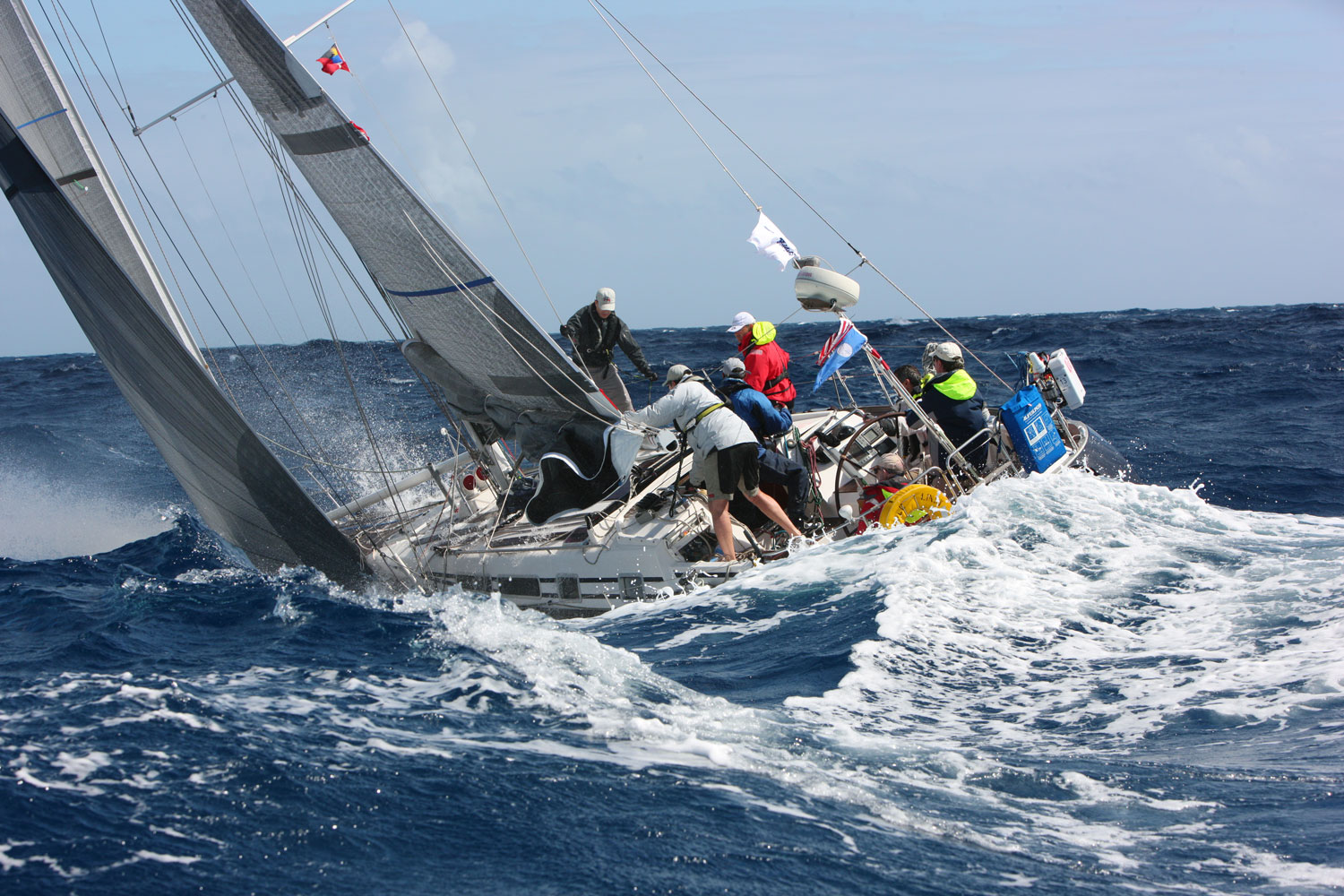 Mele’s core crew has been together for nearly all of the races. It primarily consists of two Americans, six Canadians, and one Briton, Italian and Australian. After purchasing the Cookson 50 Mele leaned on certain professionals to help jump start their learning curve.

“Crew selection is incredibly important,” said Mele. “It’s been a real pleasure to sail with the same people over and over. You get a very good sense of their abilities and attitudes. You start thinking they should be doing something and they start doing it with anticipation. It would be hard to jump into a new boat like this with a green crew.”

Mele is keeping level-headed expectations for the Transatlantic Race 2019 while leaning on his training to plot a successful offshore passage.

“First and foremost, you have to get to the finish line with the crew intact, no injuries, and the boat intact,” Mele said. “At this stage, as much we’d like to win our division, we realize it’s a tall order. If we sail the boat better than the previous race, then I feel like that’s a successful race.”

Because it’s all on him.