Last 24 hour were tough to fab... We were caught between the two weather systems in extremely light winds most of yesterday which did mean that Andy (with some helpers) fully wiped down the bilges of the boat whilst we gently sailed along at 5 knots in 7 knots of wind. The sea flattened except for the strong gulf stream currents that gave us quite a push along towards A3 (the southern most imaginary "Ice Mark" we had to sail south around). He ended up working a chunk of the night last

An excellent sunset, more Milky Way on the moonless night and then a stunning sunrise. The wind was very light all night but today it's been building from the south to currently 19kts allowing for excellent sailing conditions with the Code 0 at between 11 to 14 knots We've just gone around the "mark". Seems weird pushing yourself to windward, without anything in sight, to go around a mark that isn't physically there. Truely demonstrates the honesty of yacht racing.

Rob and Mark from Australia took us around this corner. Think Mark is getting used to depressions going around the other way, a different set of stars and a different set of boat terminology.. Rob is a Pom though. They sail together in Sydney where they work in the legal industry resolving late running construction projects. Not quite sure what their penalties are going to be if this project doesn't finish on time! So now crusing along 300 miles to the next icemark at 12 - 14knts boat speed.

We're pushing quite a bit of current of 3 knots. Something you expect in the Solent, not in the middle of the atlantic. Earlier today Andy & I did a full food audit. This is because there looks to be a high pressure system buiding from the Azores to the UK which will be a windless brick wall in our journey. Getting through this looks very challenging and out ETA could go out an extremely long way. A week is a long time in a forecast but it is very concerning. We're OK on water... just might be a bit thinner...(who's moaning!)

Just off to cook lunch though. A crew sails on it's stomach! Attached photos show how sunny it has been. We've been mobbed by hundreds of dophins and the odd whale... They don't seem as energitic as those in the UK... must be the relaxed pace of life they enjoy 1,000 miles away from land. 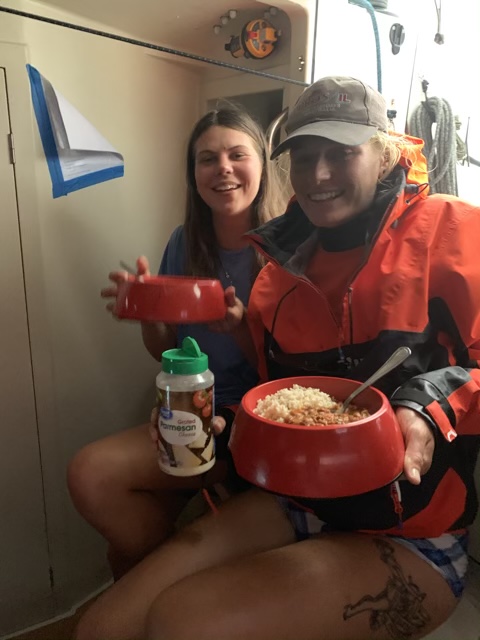 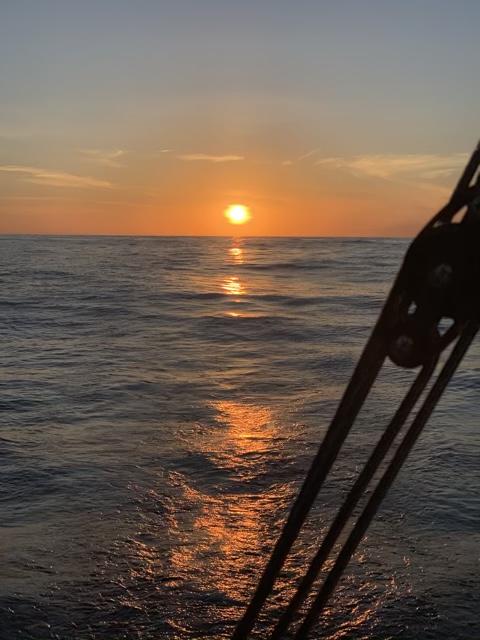 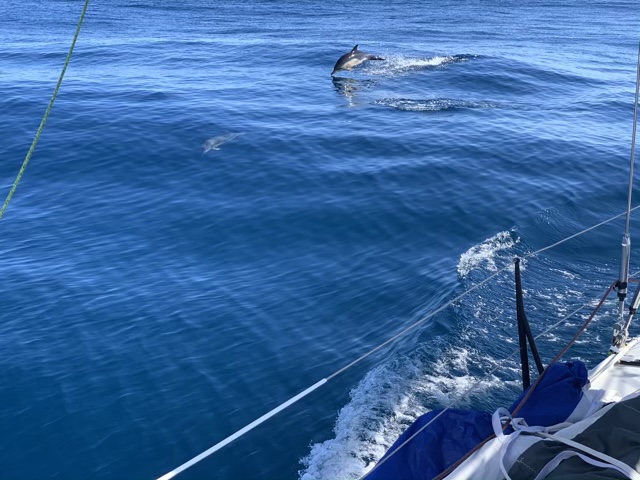 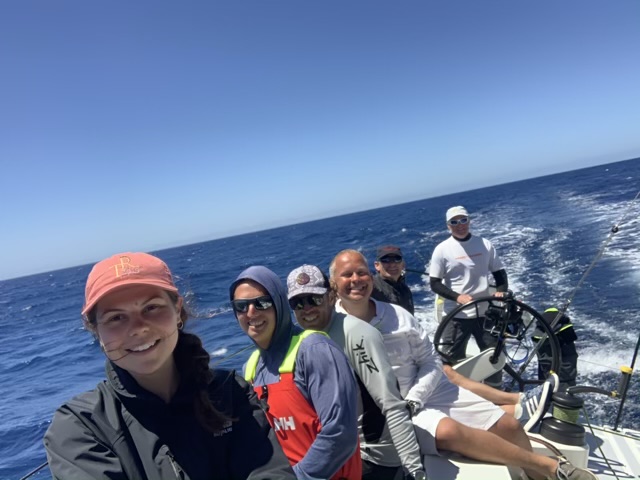 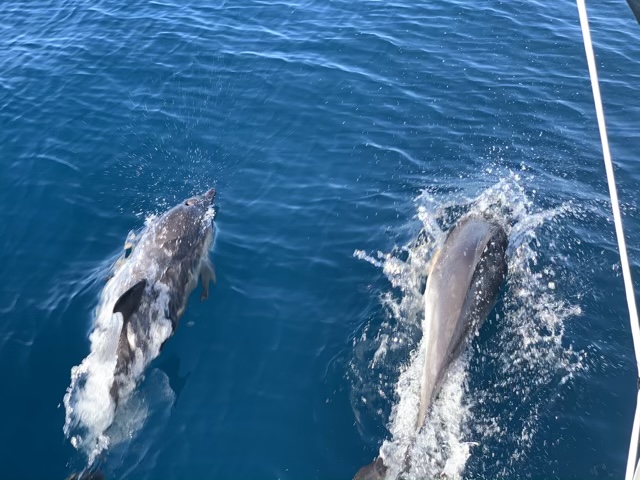