I really have a pretty simple life out here in the Northern Atlantic. I swim, I eat, I sleep, and…yeah, that’s about it.
Today, something very odd happened to me. As I was doing my morning errands, I looked up and saw a big, black thing sitting on the surface. It was hardly moving so I thought it was probably one of my buddies just taking a nap. As I got closer, I realized it was much bigger than any of my friends. I assumed it couldn’t be a cargo ship – they come out here to travel from one point to another. They don’t just drift around with their engines off.
I briefly surfaced to further investigate this thing and saw that it had 15 big white sails up, flapping around in the almost non-existent breeze. This confused me even further; why would these silly people try to sail without any wind?
As I was listening to the daily news on 93.7 F-I-N tonight, I heard that there is a race from the US to England happening this week, and several of my friends have seen other boats drifting around out here in the ocean. The part I don’t understand is, if this is actually a race, why don’t these people just use their engines? Wouldn’t they go faster that way?
I’ll be keeping an eye on these crazy people for the next few days – I could always use a good laugh!
Willy the Whale 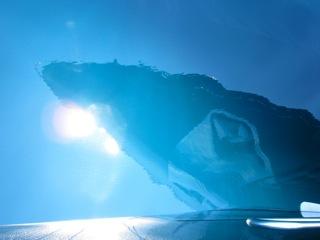 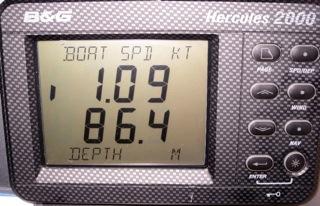 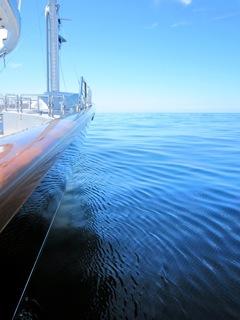