In contrast to the last week or so, suddenly in the past 24 hours we have seen a few of our competitors. We have know that some were close throughout the race, as we have been able track everyone’s positions courtesy of the trackers supplied by Yellowbrick, but actually seeing them on the horizon makes it a bit more real. (Apart from anything, from the point of view as navigator, it means that the crew realise that we are not just living in our own little fantasy world at the chart table/computer screen!)

As you can see from the screen grab from our Adrena routing software, we are in very close proximity to a number of boats. Concise is in orange, with both a 1030 position and our current position shown. To the north east of us is Scho-ka-cola (dark green) who have gradually overhauled us on a parallel track around 5 miles away and visible to the naked eye – frustrating, but they are a much bigger boat and should be a long way ahead of us at this point. To the northwest (pale green) is Varuna and to the west Shakti (who was spotted some 7 miles astern of us as dawn broke. Both these boats have been gaining slowly – these upwind conditions are certainly not Concise’s forte!

After a frustrating 36 hours or so of sailing for most of Friday and Saturday, we finally got back into some wind yesterday, though it was from the east meaning we are required to sail upwind. This started very light (less than 4 knots) and eventually built to a solid 10 knots, which has gradually veered to the south east. We have been sailing close hauled on starboard tack for all this time and, though the fairly light upwind conditions don’t suit us, it is nice to be actually making some proper progress again. Even in the light conditions, the boat is pretty uncomfortable to sail upwind, with the bow slamming into even the smallest of waves causing the boat to shudder throughout.

The next challenge is going to be another ridge of high pressure to get through, probably from the early hours of tomorrow onwards, after which we should pick up some light/moderate northerly winds which should start allowing us to make some progress towards the finish, rather than at a tangent to it as we are at the moment.

In terms of the overall race, the faster boats managed to avoid the worst of the clutches of the area of light winds that we have been fighting, and slipped through to make better progress towards the finish. If we’d been just 50 or 60 miles further down the course (which sounds a lot, but really is not in the context of a 3000 mile race), then we would probably have been at least a day quicker to the finish. Such are the challenges of offshore yacht racing! 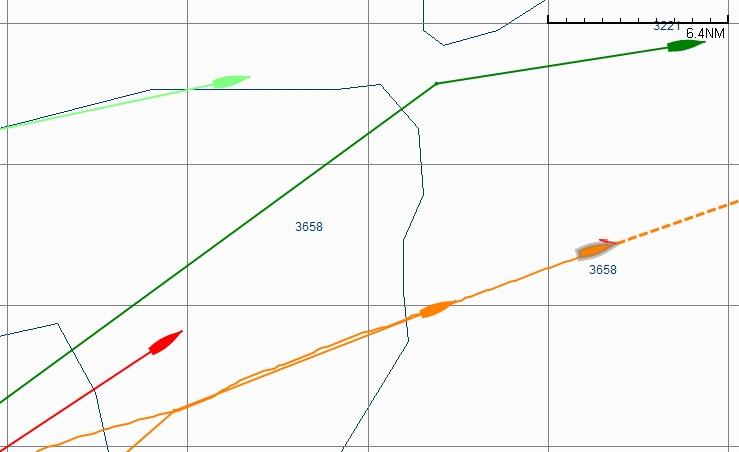